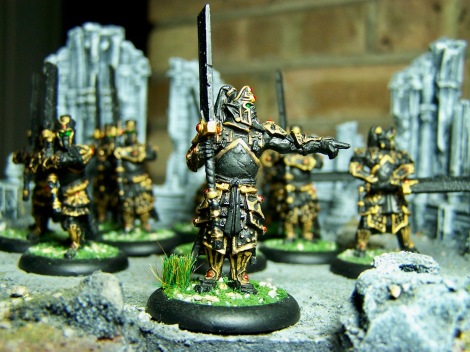 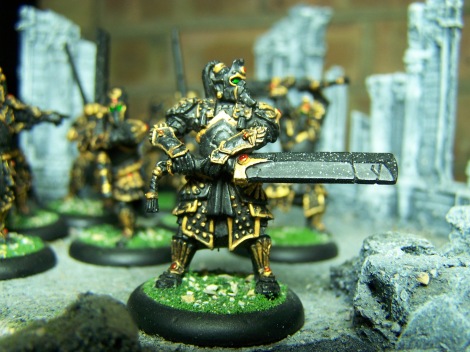 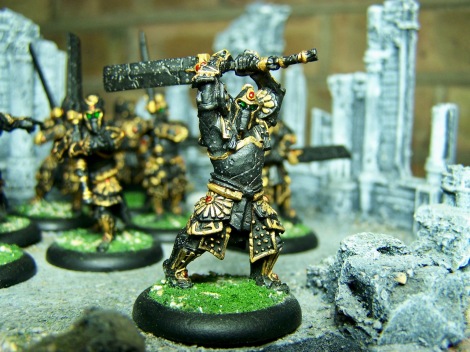 Those skorne warriors preserved from oblivion as sacral stones by ancestral guardians sometimes receive bodies carved from stone and hardened clay, take up weapons heavier than any mortal could swing, and go forth to fight again as Immortals. They may die a hundred deaths only to have a new body crafted each time and rise again to stand alongside the living and wage war eternal.

Having shown a keen aptitude for communing with those preserved from the Void, extoller advocates are sometimes chosen to play a more direct role in the empire’s conflicts, employed to coordinate exalted on the battlefield. In addition to bolstering the combat effectiveness of immortals in their charge, extoller advocates will not hesitate to put themselves in harm’s way in order to fulfill the sacred duty of recovering and preserving sacral stones from fallen immortals and guardians. 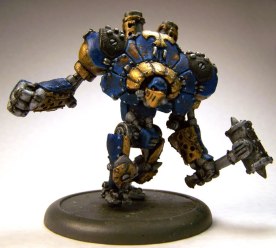 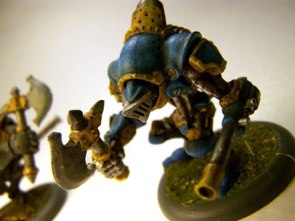 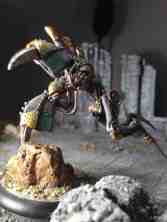 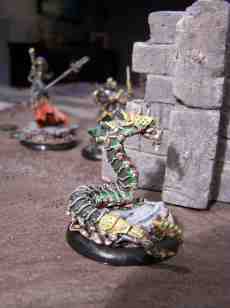 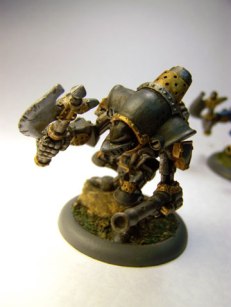 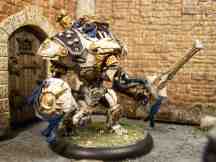 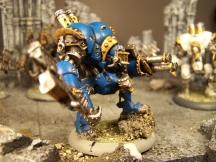 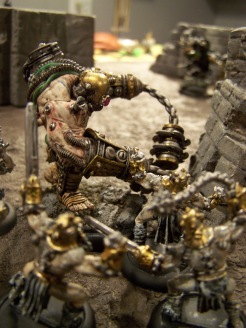 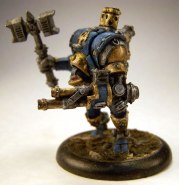