I have to get me one of these cats. I need an excuse to play more cygnar these days.

Quick Work – When this model destroys one or more enemy models with a melee attack during its combat action, immediately after that attack is resolved this model can make one normal ranged attack.  Attacks gained from Quick Work do not count against a weapon’s ROF. 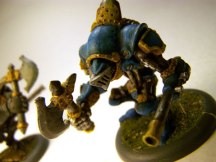 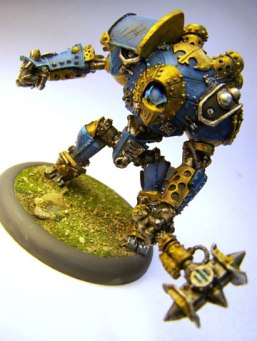